A candle has often been defined as a block of solid fuel with a wick that is burned to produce heat and light.  For most of human history, candles were used extensively for this purpose.  When electricity and the light bulb were invented, the popularity of candles waned.  However, in recent years they have gained increased popularity due to the fact that the ambiance they provide to any room or occasion is magnificent, not only in their glow, but in the soft scents they put out and for their decorative properties.  Additionally, one who makes candles has been called throughout history, a “chandler”.  Which makes sense as a bunch of glowing candles flames do resemble a chandelier.

In the early days, all of the days prior to the 1830’s, candles were produced using the fat of animals.  As early as 200 BC, candles were made from whale fat.  In Europe, solid candles were not produced until around 400 AD, and were made using beef tallow.  Up until that time, olive oil had been used in lamps to produce heat and light.  Then, during the 1830’s, paraffin was distilled.  Its use spread rapidly for candle making as it was relatively inexpensive, and burned cleanly.  It revolutionized the art of candle making.

Many people now days, are opting for soybean candle wax, but if the paraffin you buy is highly refined, it will burn just as clean as a soy wax candle.  It is for this reason that paraffin wax candle making is a great way to start creating works of waxed art.  Not only is it inexpensive, but it is very easy to work with.

You will need a mold when working with paraffin wax.  There are molds out there you can purchase either online or at a craft store, but if you are just trying it out for the first time, you can use heat resistant items from your house such as old food containers or cardboard milk cartons.  If you coat the inside of the container with vegetable oil first, the candle will separate from the mold with ease.  Then you heat the paraffin.  Never heat it directly in the pot.  Use the double boiler method of having one larger pot filled with water, and a smaller container set into the pot of water.  Usually an old coffee can will due just fine.  Bear in mind that wax is flammable, so keep your thermometer handy and watch for smoke.  If the wax does begin to smoke, remove it from the heat source immediately.  Once melted you will mix in the color and the fragrance you have chosen.

Remove the wax from the heat, and let it cool just a minute.  Now is a good time to secure your wick into place, running it down through the center of the mold.  Then, you simply pour the wax slowly and careful, making sure that the wick remains straight.  Now the wax may appear to set up rather quickly, but do wait a full 24 hours to remove it from the mold. 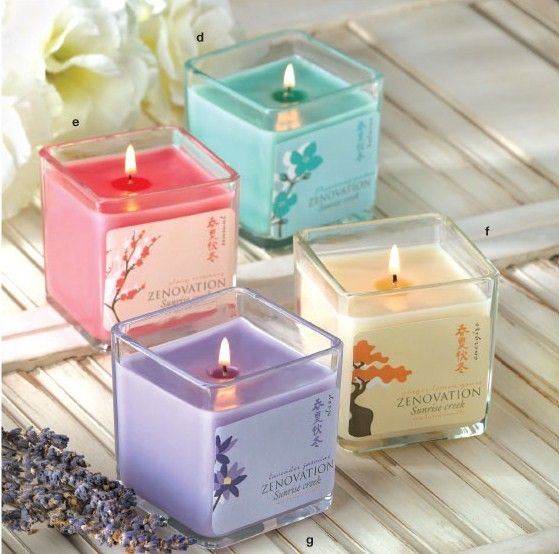 And voila!  You have just made your first homemade candle.  The possibilities are endless from here on out.  There are many more ways to work with paraffin, and all the other waxes available for that matter.  With decorating the candles, and the wax…you will be able to artistically express yourself, fill your home with the warm glow of candles, have great handmade gifts to give, and you may just find yourself on the road to a new business venture!